Viking Saga’s & Tales: What was Valhalla and how did Vikings get there?

For a Viking, what two things would be desired the most in the afterlife of Valhalla, the hall of the slain warriors? Feasting and fighting of course!

If chosen to die by the mythical Valkyries, a Norse warrior longed to be welcomed by odin into Valhalla, a magnificent hall with a roof thatched with golden shields, spears for rafters, and so large that 540 doors lined its walls. The honoured dead, known as Einherjar, spent all day honing their battle skills against each other in preparation for RAGNAROK- THE END OF THE WORLD. Every night their wounds magically healed and they partied like only Vikings could.

Their drinking horns never emptied thanks to Heidrun, a goat on the roof of Valhalla that ate from a special tree and produced the finest mead, and there was always enough meat as the boar named Saehrimnir came back to life after each slaughter so it could be cooked over and over.

To join the Einherjar, a Viking had to die in battle- and even then, they only had a 50/50 chance. The half not chosen to go to Valhalla instead went to the fields of the goddess Freya, so they could offer to the women who died as maidens.

As for the old and sick, they went to an underworld called HEL. It was largely not as the name suggests, though there was a special place of misery reserved for murderers, adulterers and oath-breakers, where a giant dragon chewed their corpses. 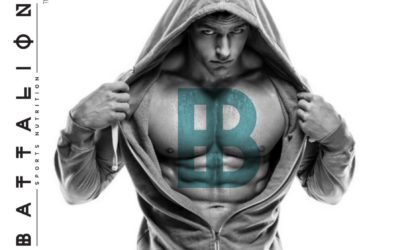 Creatine Education: Did you know? Creatine monohydrate is the most studied supplement on the planet! creatine has been...